Disclaimer: This building is on private property and should not be accessed without the owner’s permission.

Woodward Avenue Presbyterian building has been in a state of limbo, shifting from one owner to another as plans to renovate have fallen through. According to Historicdetroit.org, a court battle over the estate of Reverend Douglas left the building vacant and deteriorating, as scrappers and natural elements took their toll on the 100-year-old structure. The organ pipes were scrapped in 2009, along with much of the remaining metal. In 2009 the building was purchased by Cathedral of Praise Baptist Church, but the cost of restoring the building proved to be too high, and it has sat vacant since. Most recently a tax foreclosure notice appeared on the door, indicating that the church might end up at auction in the near future. 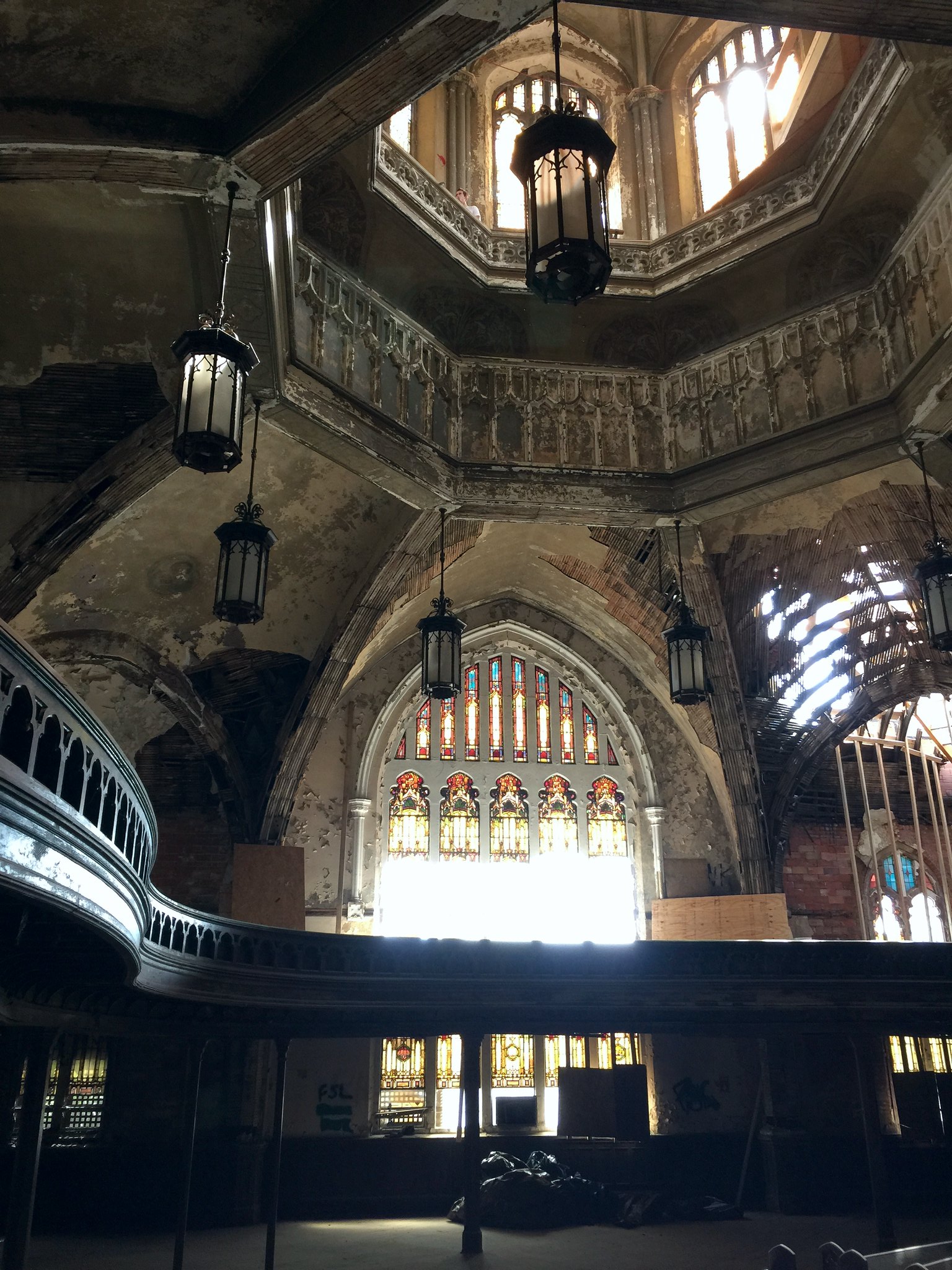 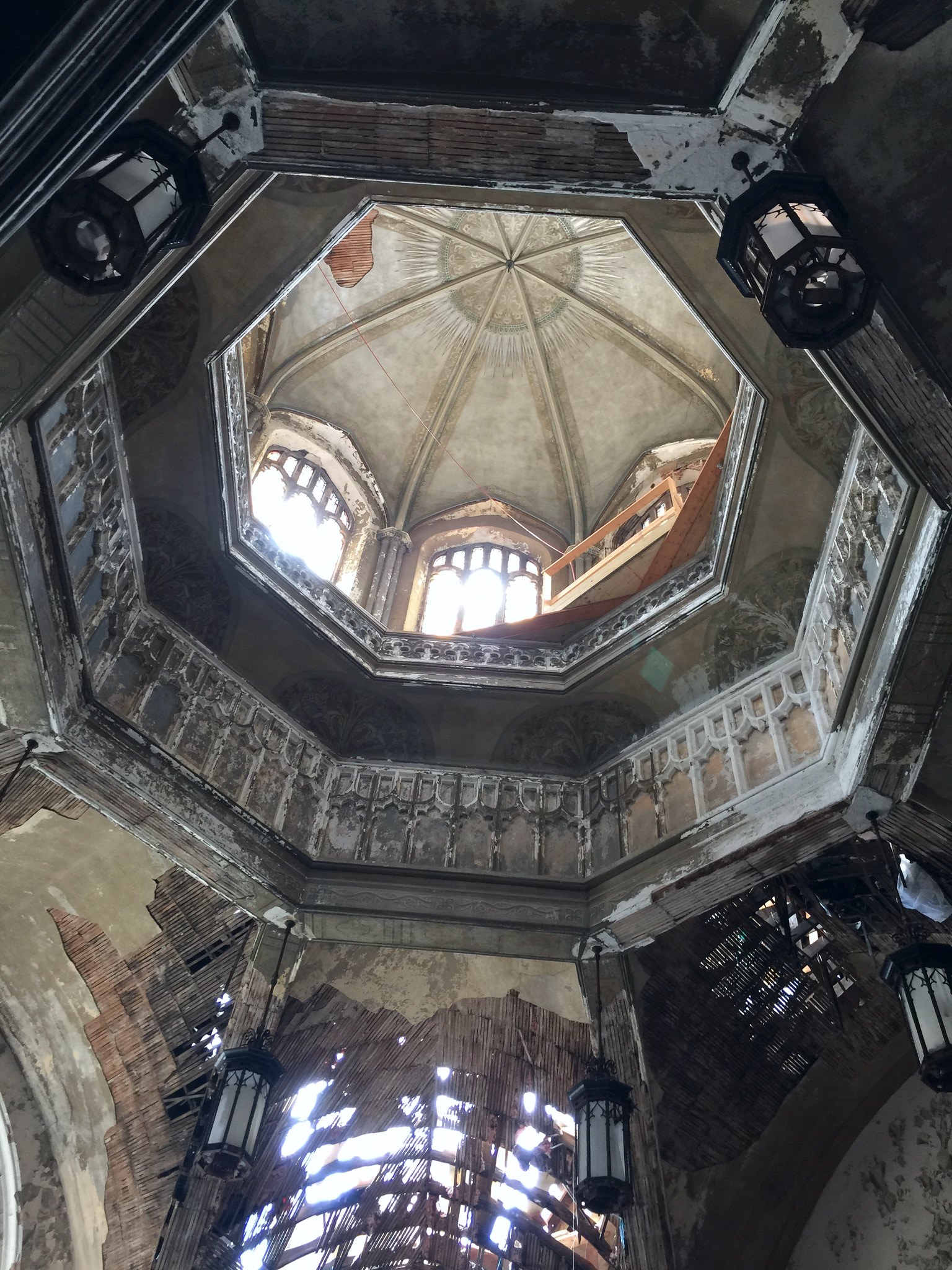 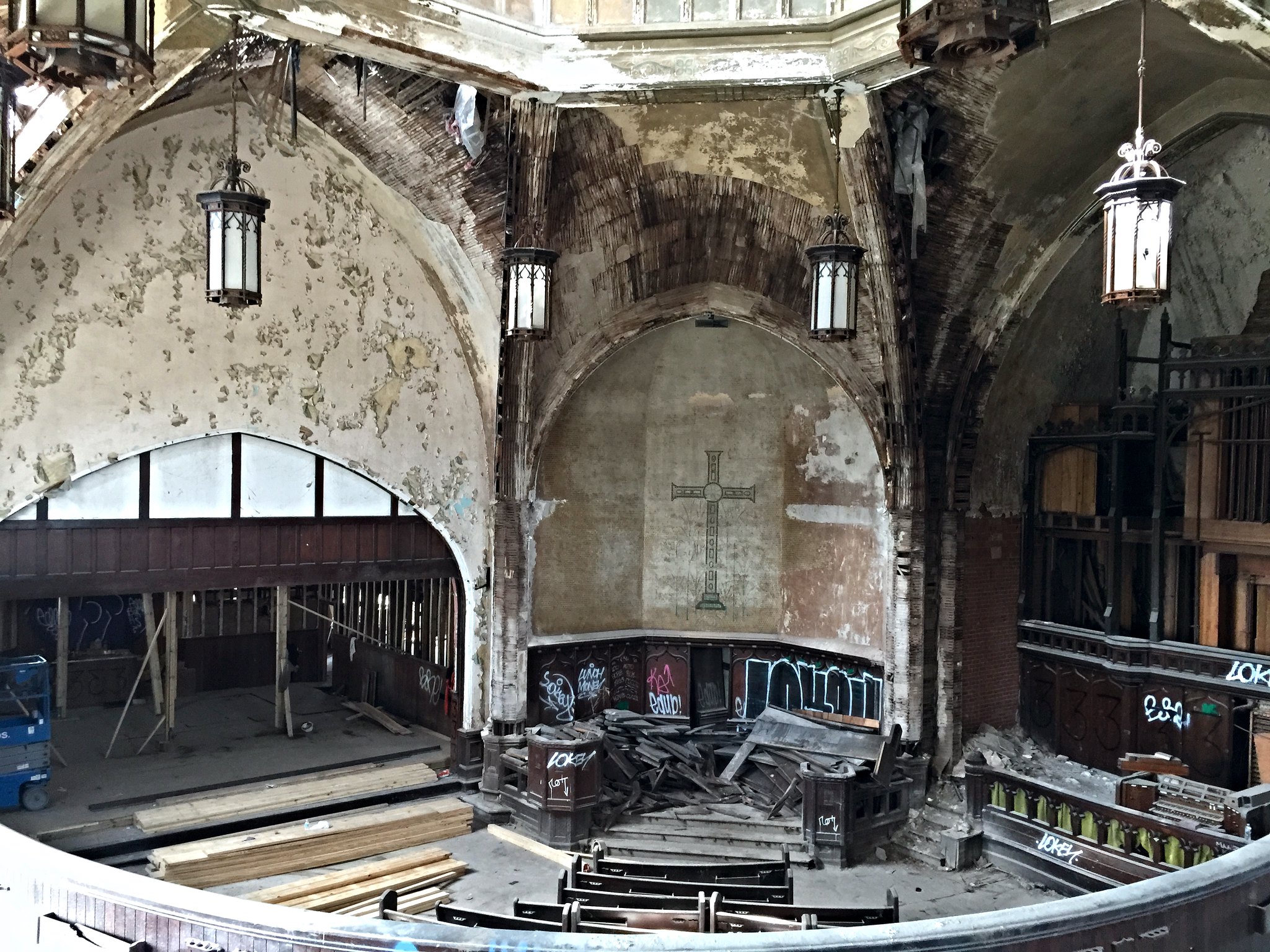 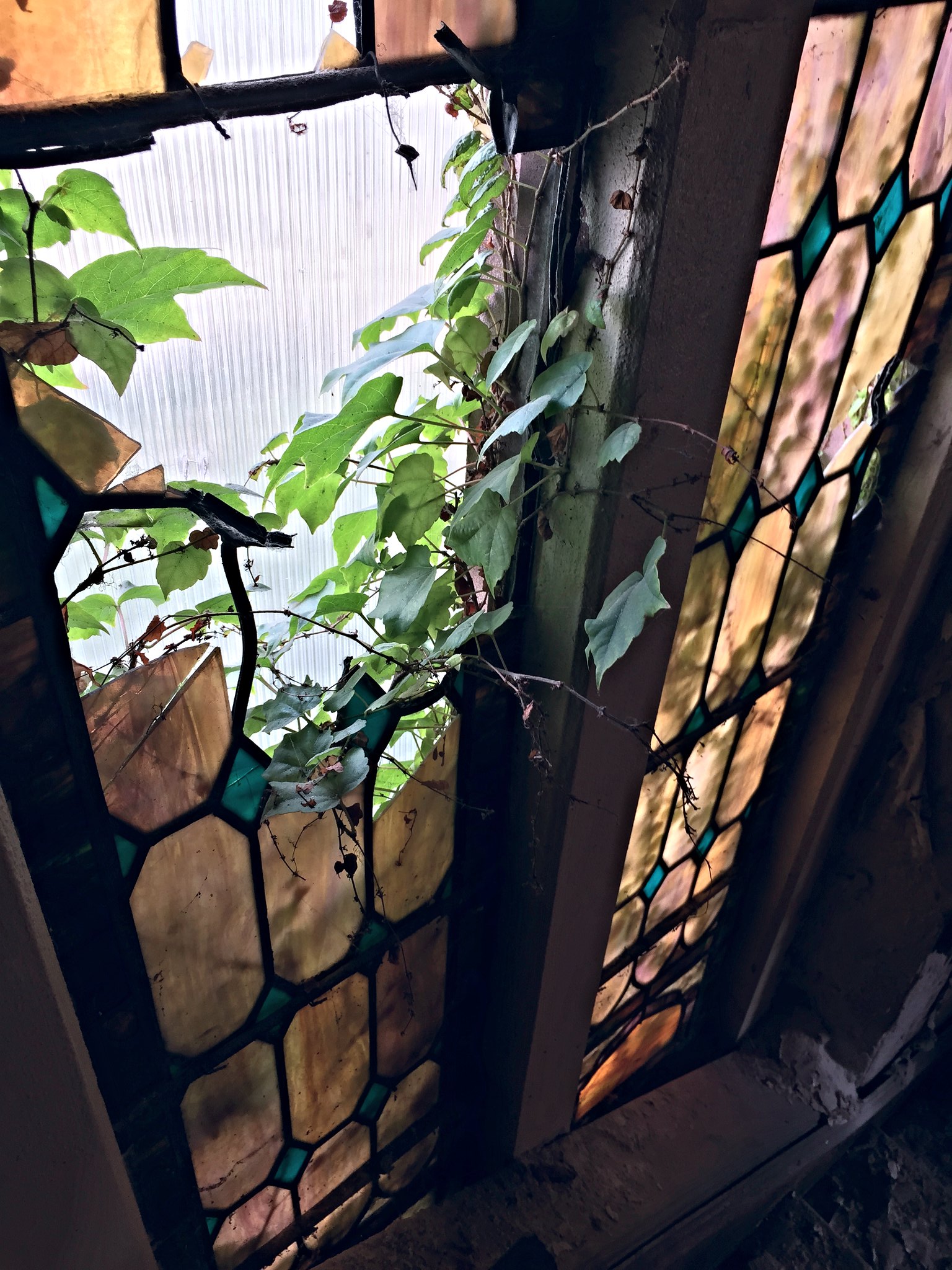 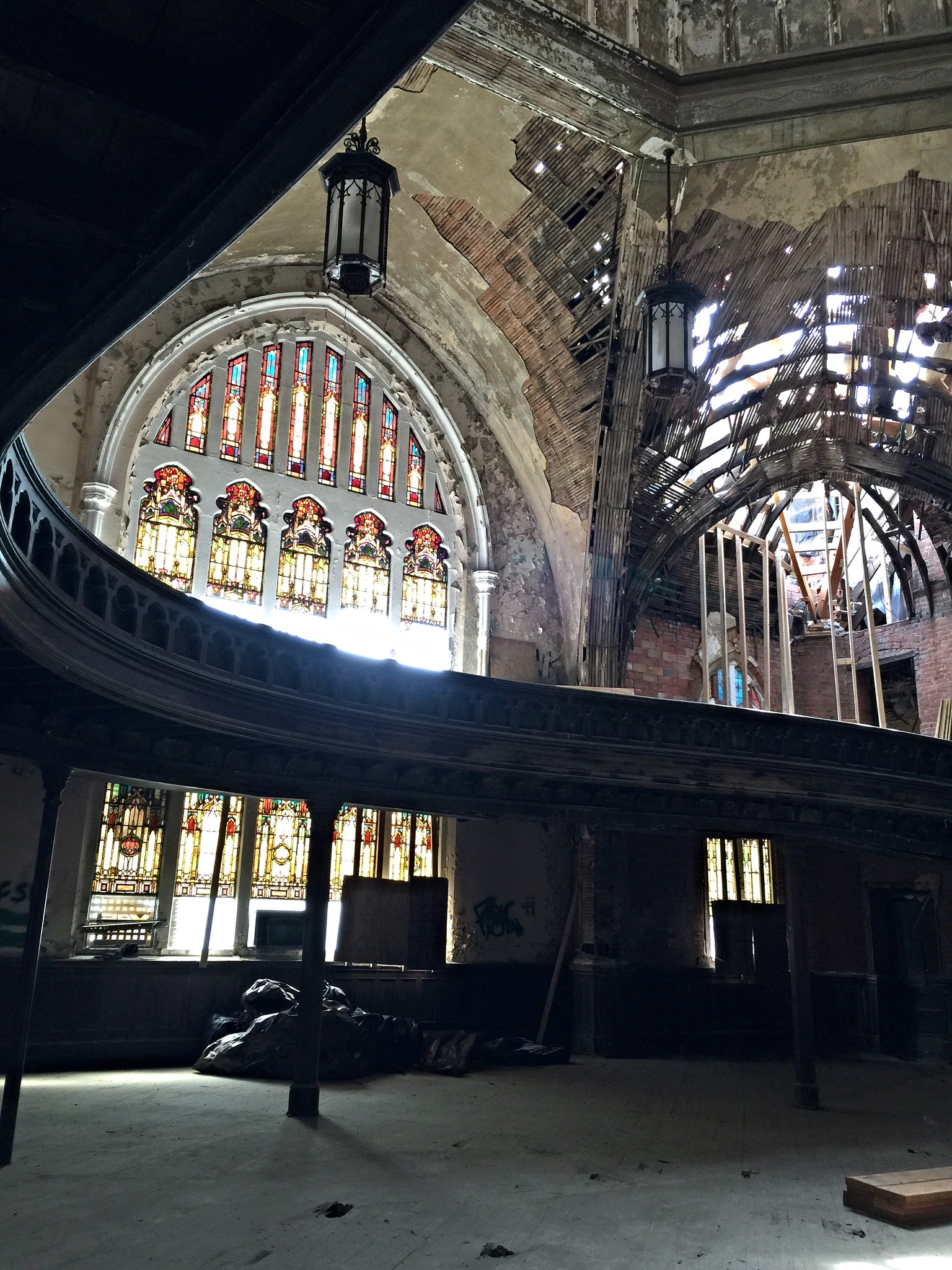 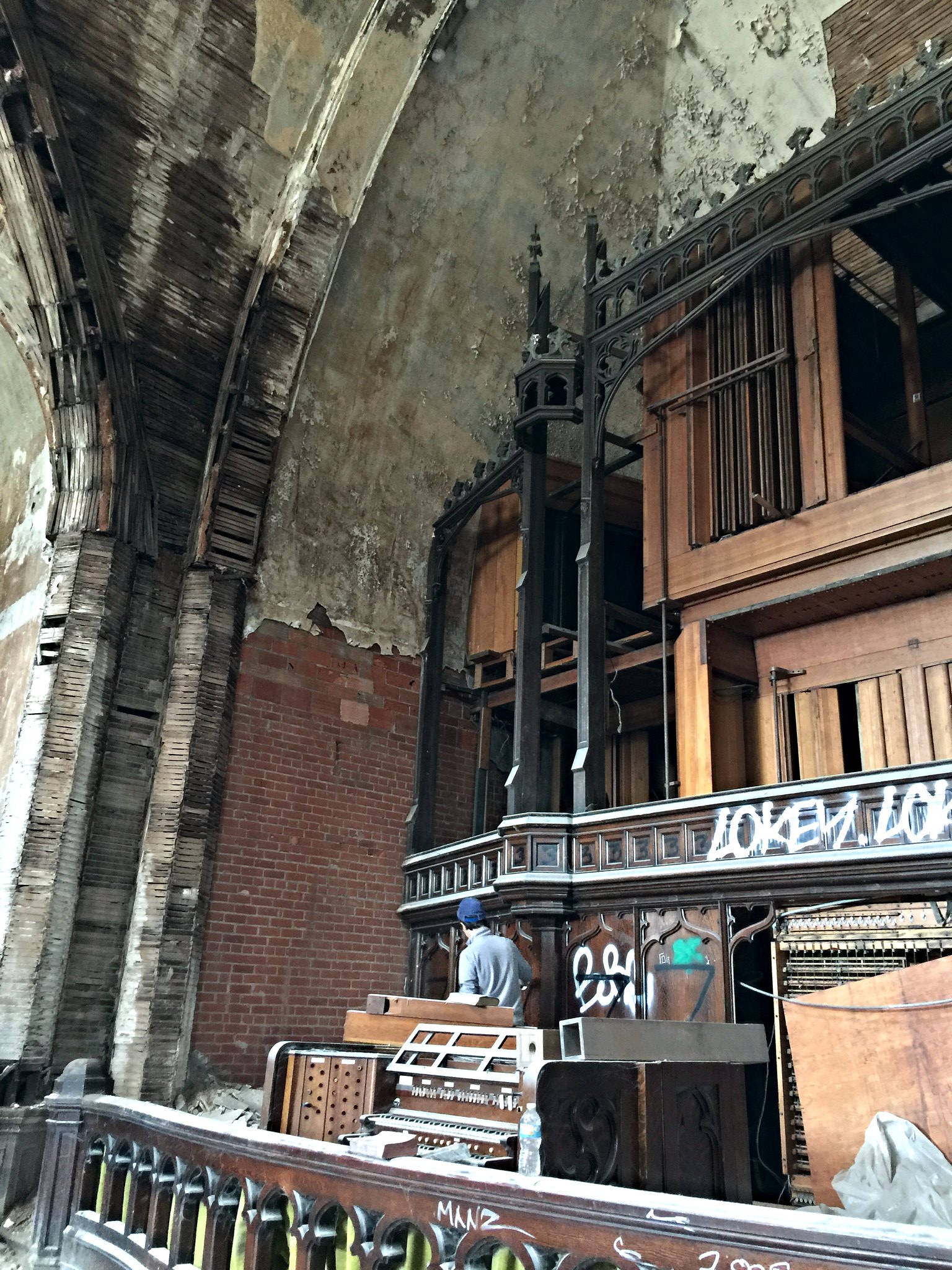 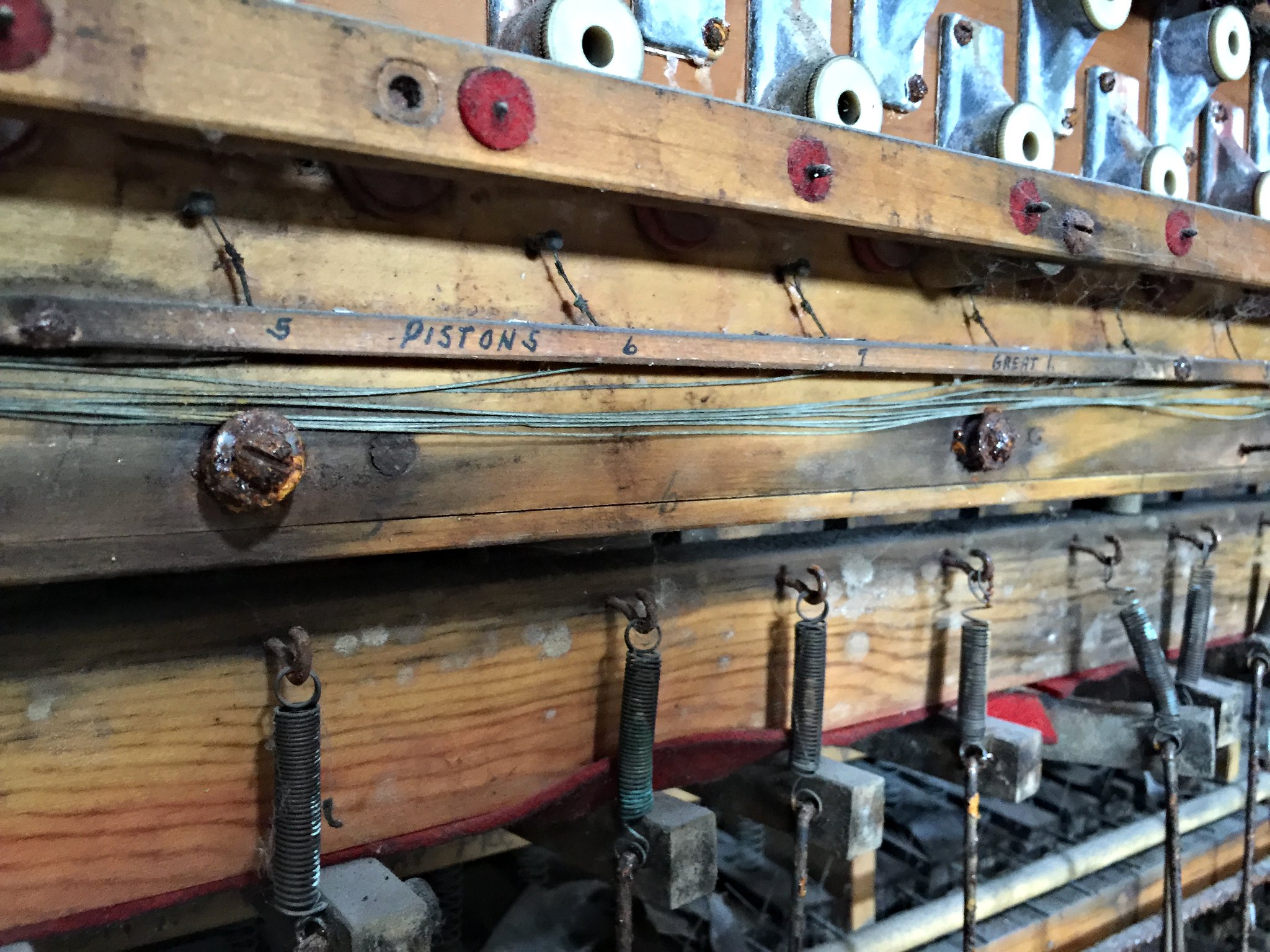 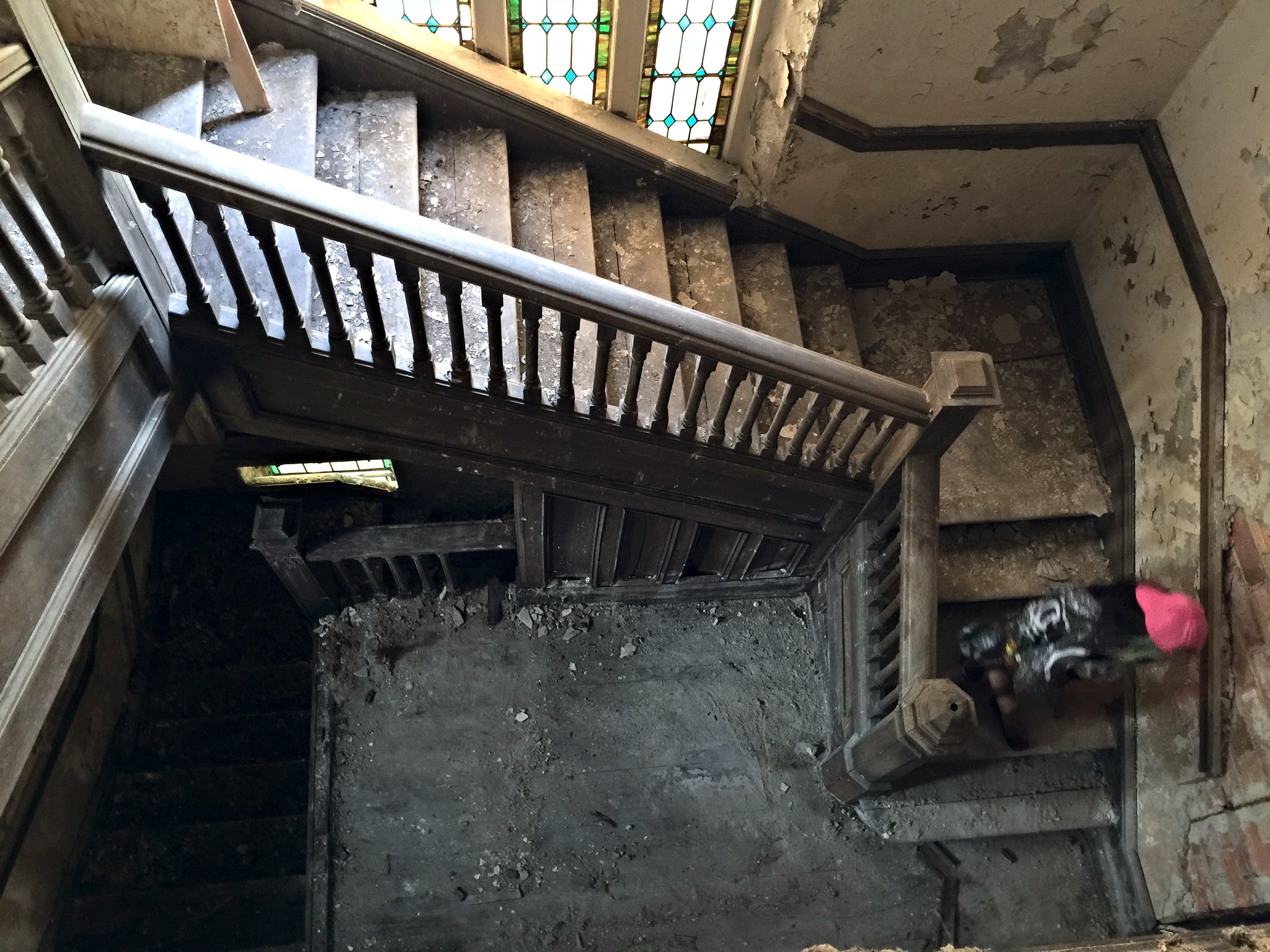 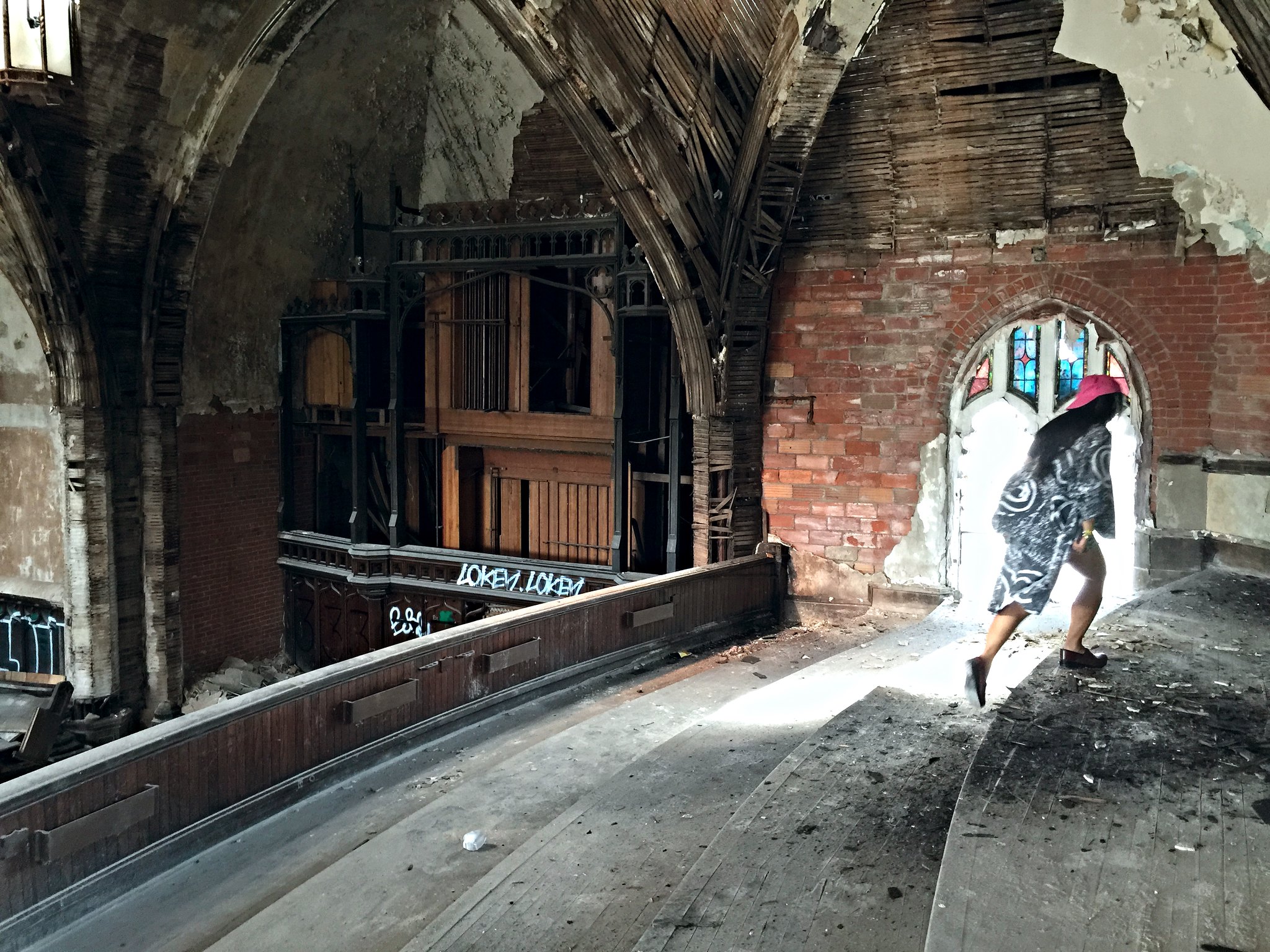 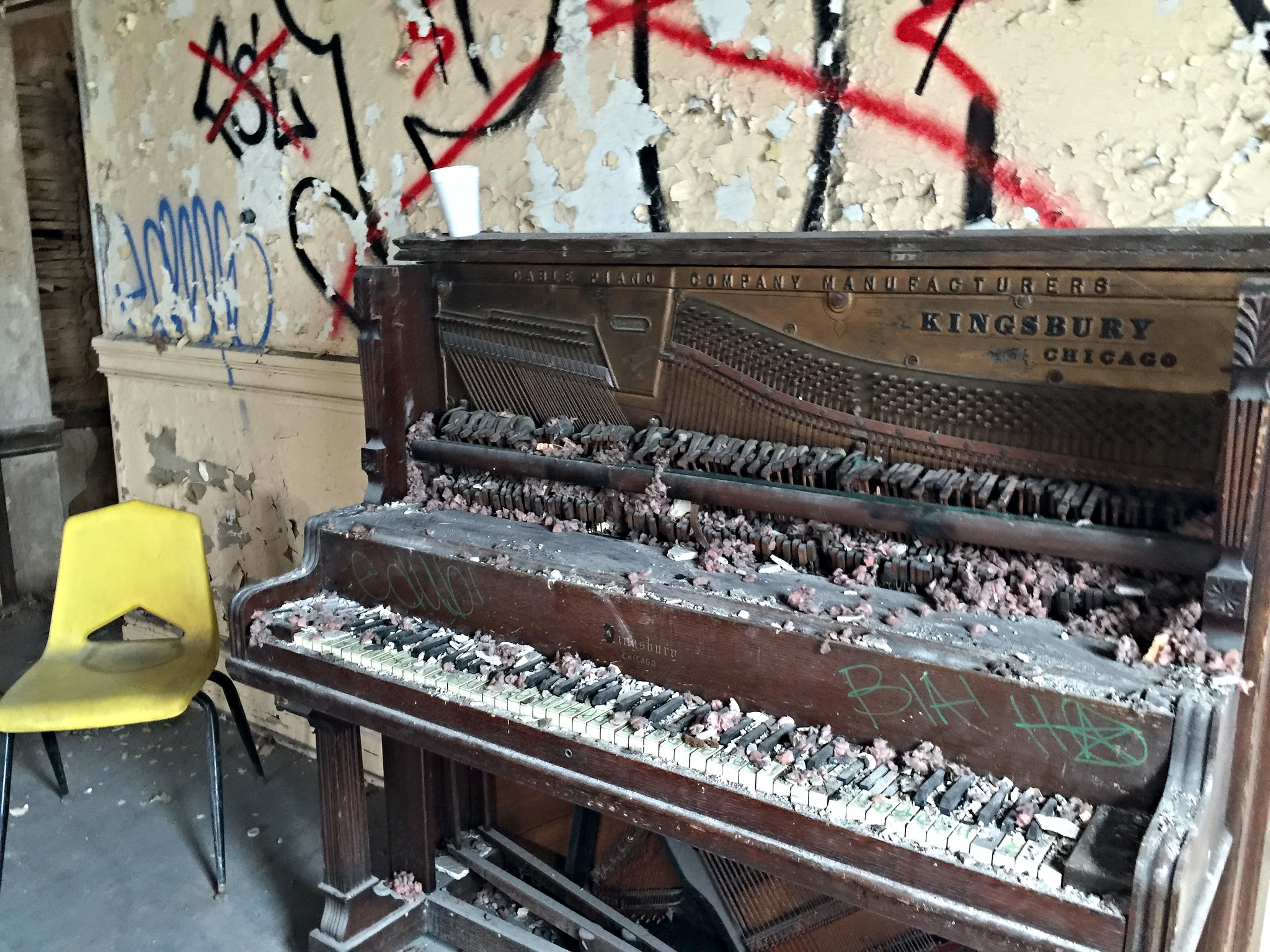