Disclaimer: This building is on private property and should not be accessed without the owner’s permission.

On my way out of Philadelphia, I stopped by downtown York to explore their old prison. From Preserving York:

The Old York County Prison on Chestnut Street in York PA began as part of a complex of custodial buildings, including the York County Poorhouse and Hospital (where the Alexander Goode school now stands). The prison itself was an imposing castle-like structure built in 1853, with spread-out cell blocks in the rear that housed the inmates. 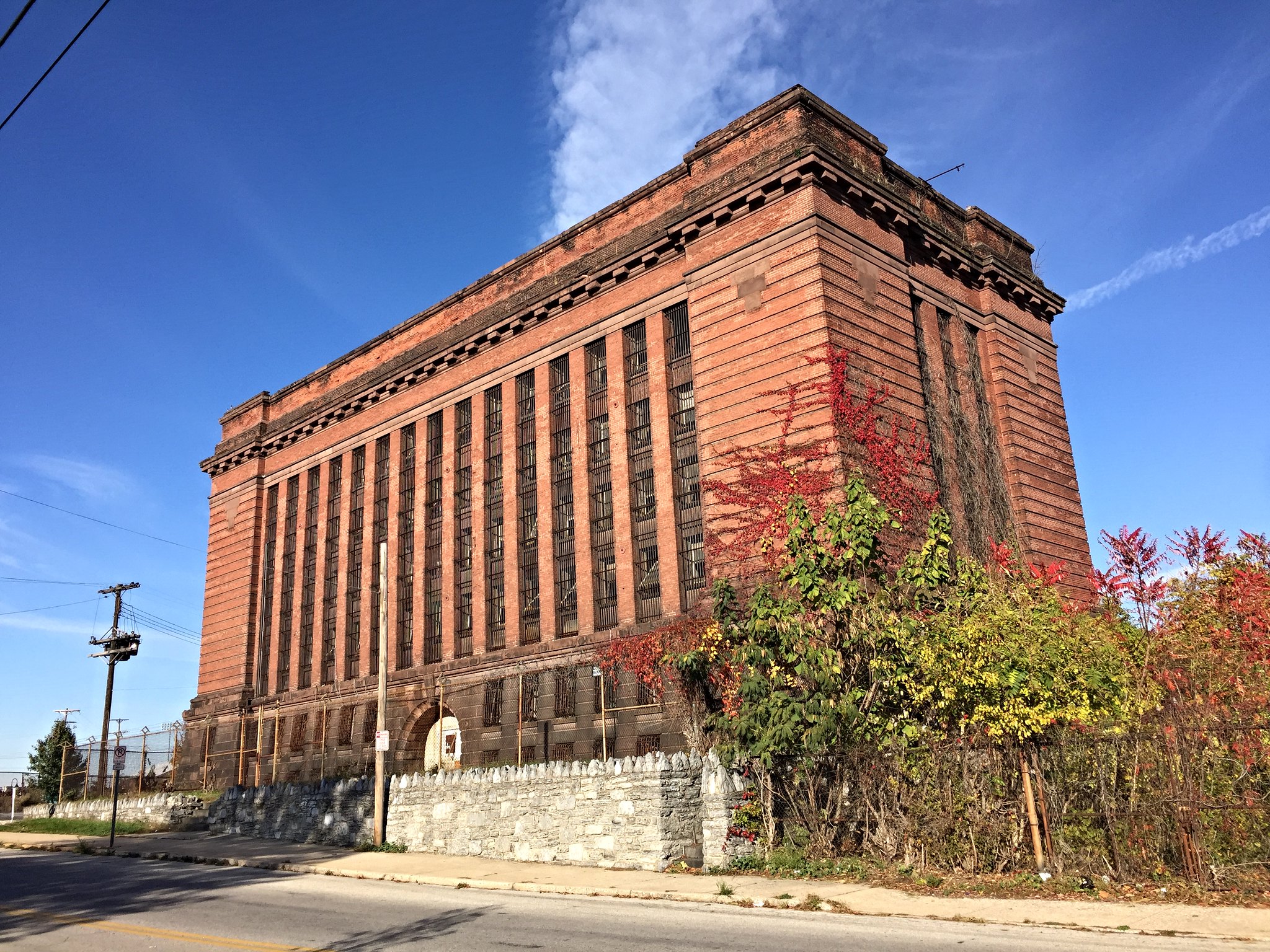 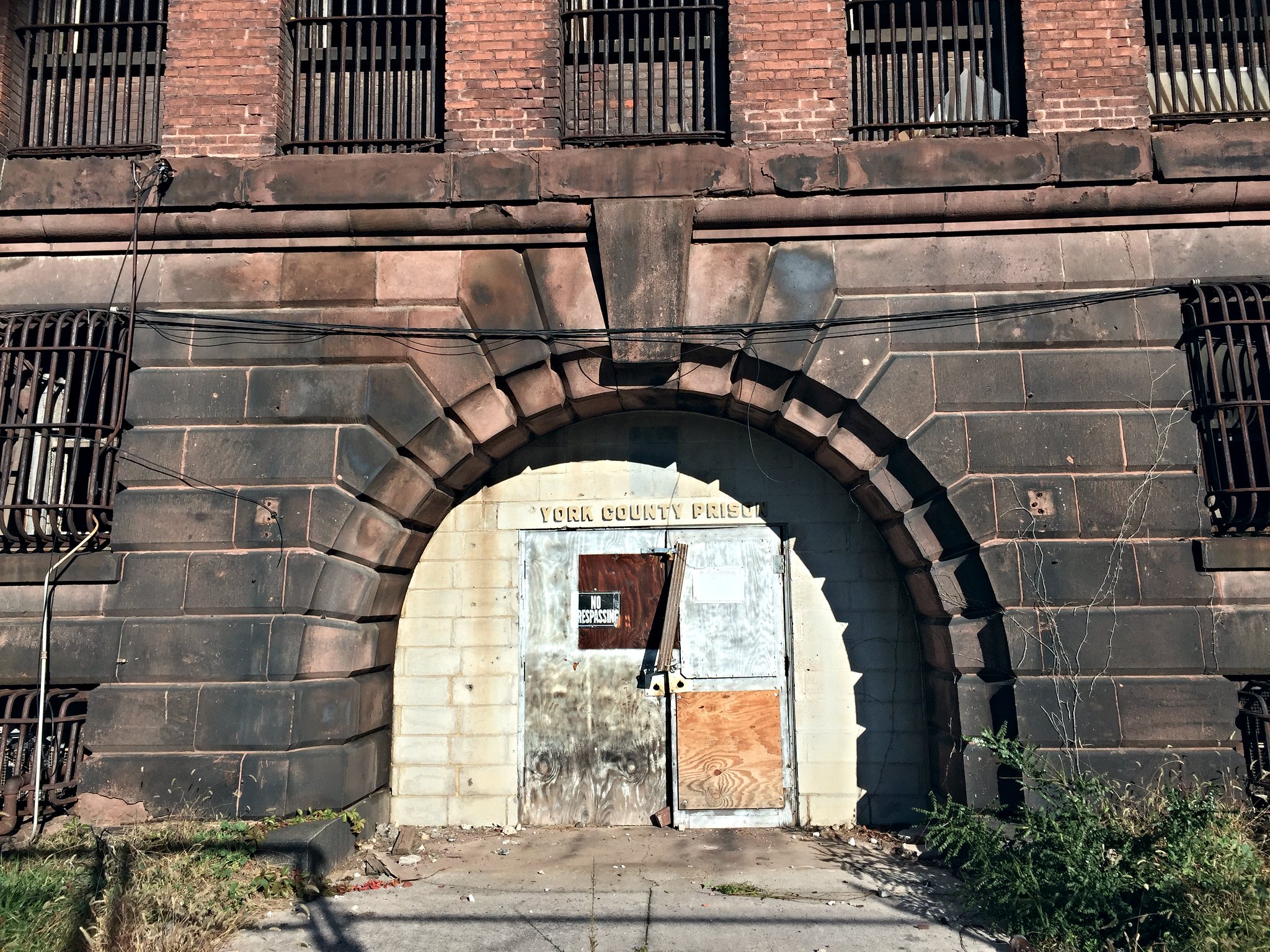 Follow the cowpath on the west side of the building to a chain link gate that’s been pried open. Walk east to the rear of the building and you’ll find a 2x2’ hole chiseled through a concrete wall. This is the only way in and out of the prison so be careful and bring a friend. You’ll need to shimmy through the opening on your hands and knees. Total darkness awaits you inside. Bring a flashlight and gloves. 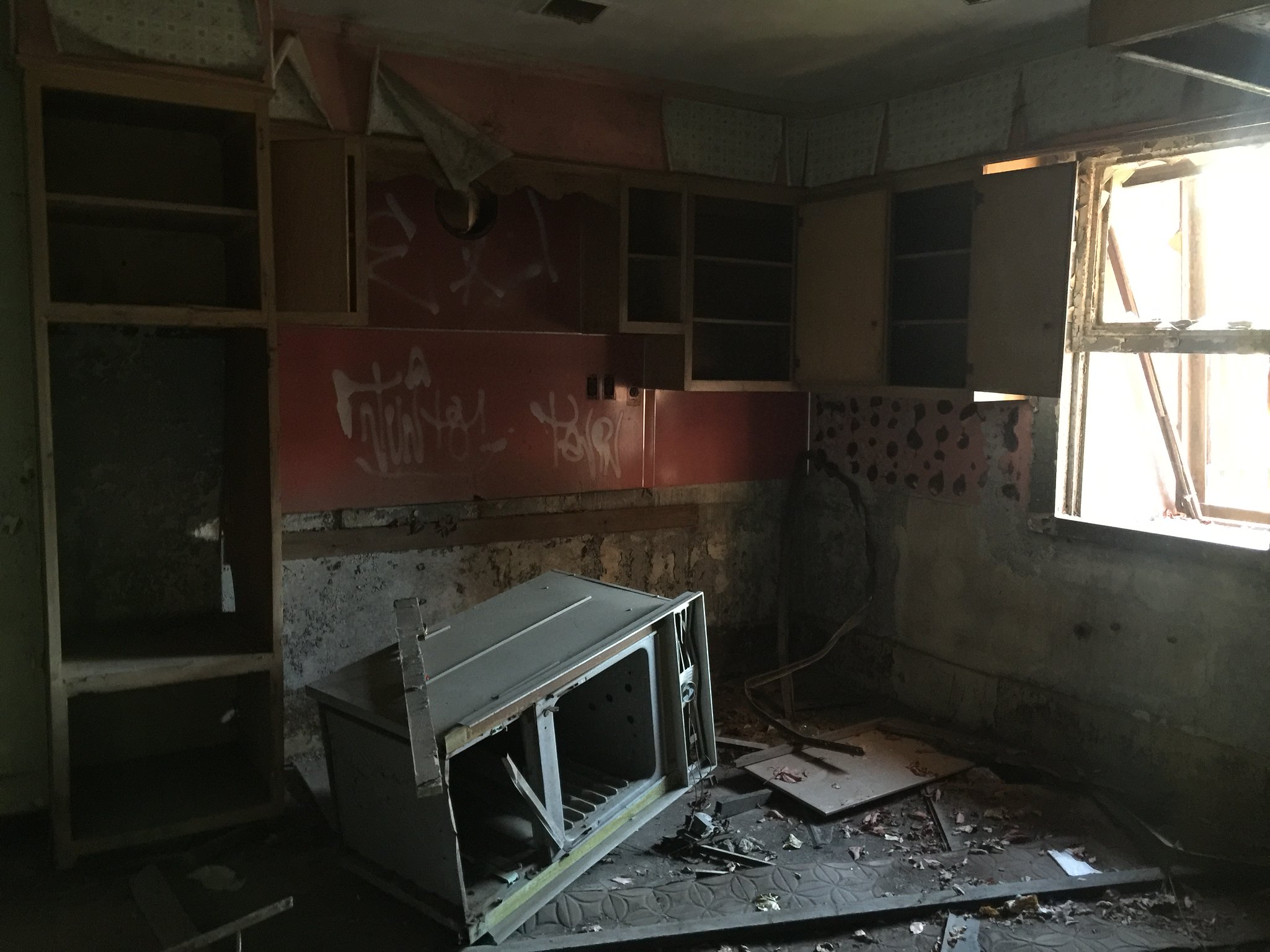 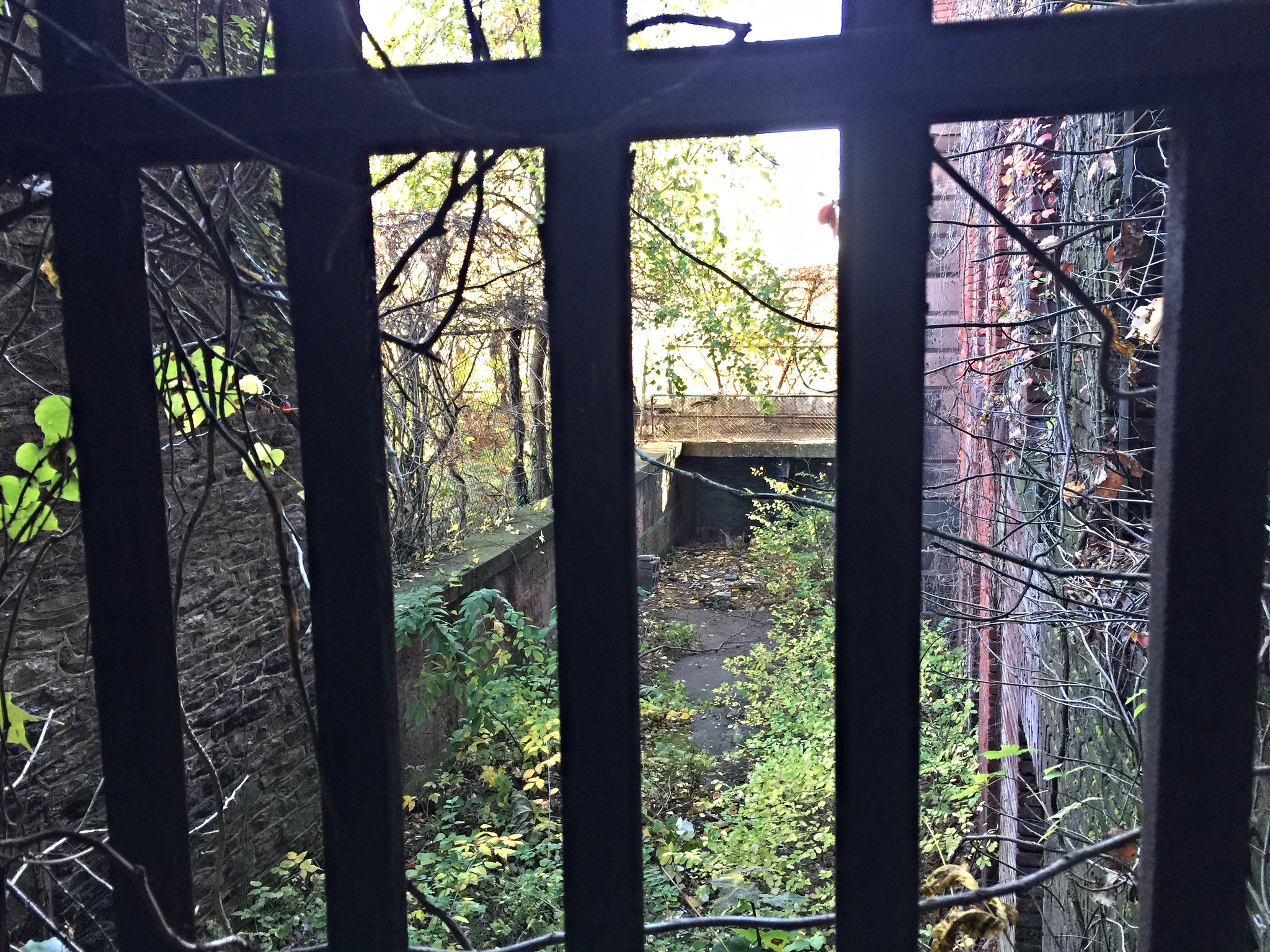 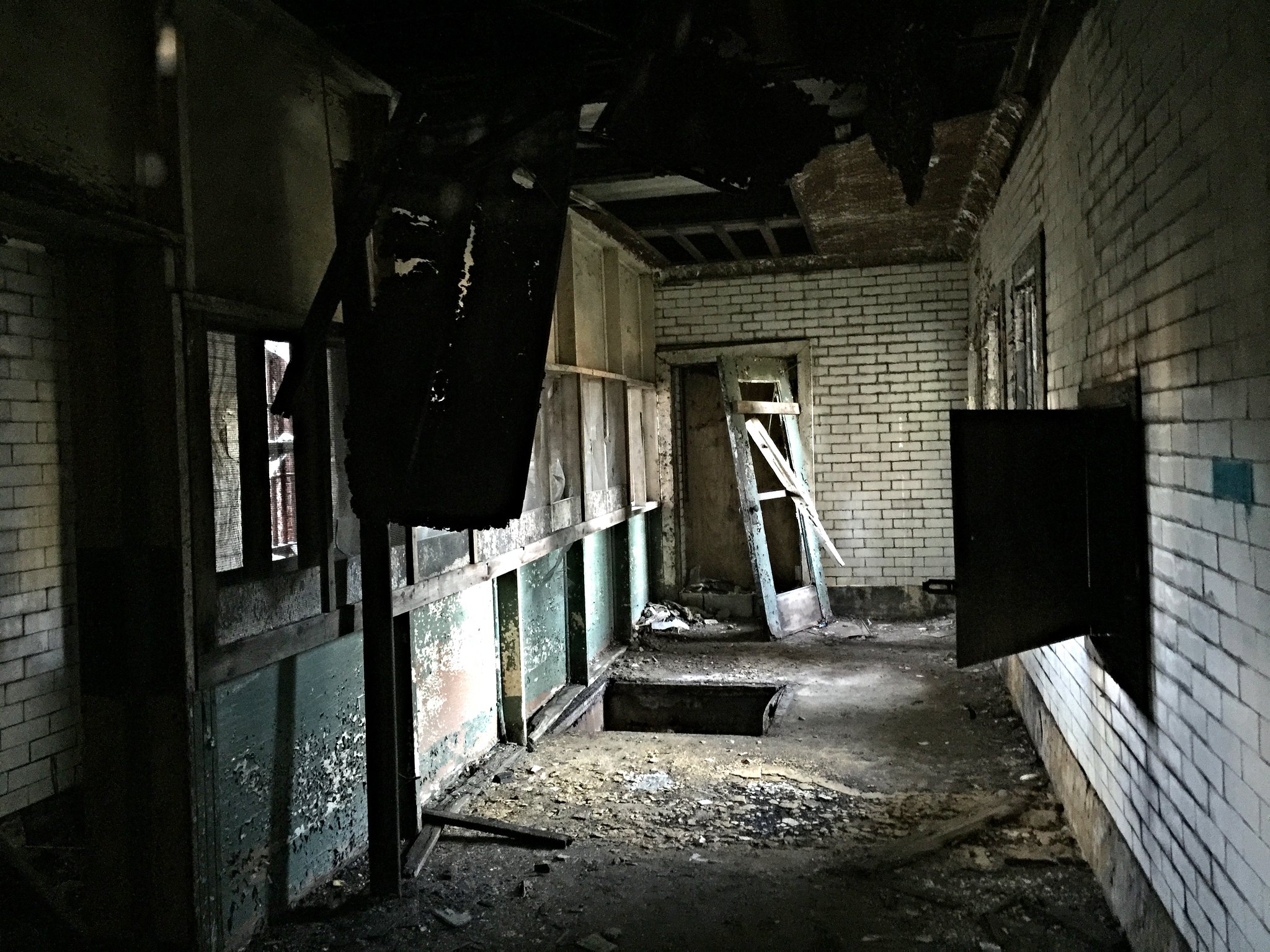 You’ll enter a dark hallway. To the left is the kitchen with appliances strewn about. There’s a spiral staircase coming off the kitchen which provides access to the basement. Don’t try and access the basement from the stairwell near the front of the build – they’re extremely dilapidated and dangerous.

The cell blocks start on the second level. Find the large staircase and begin your ascension. Watch for broken steps, rusty nails, squatters, and raccoons. 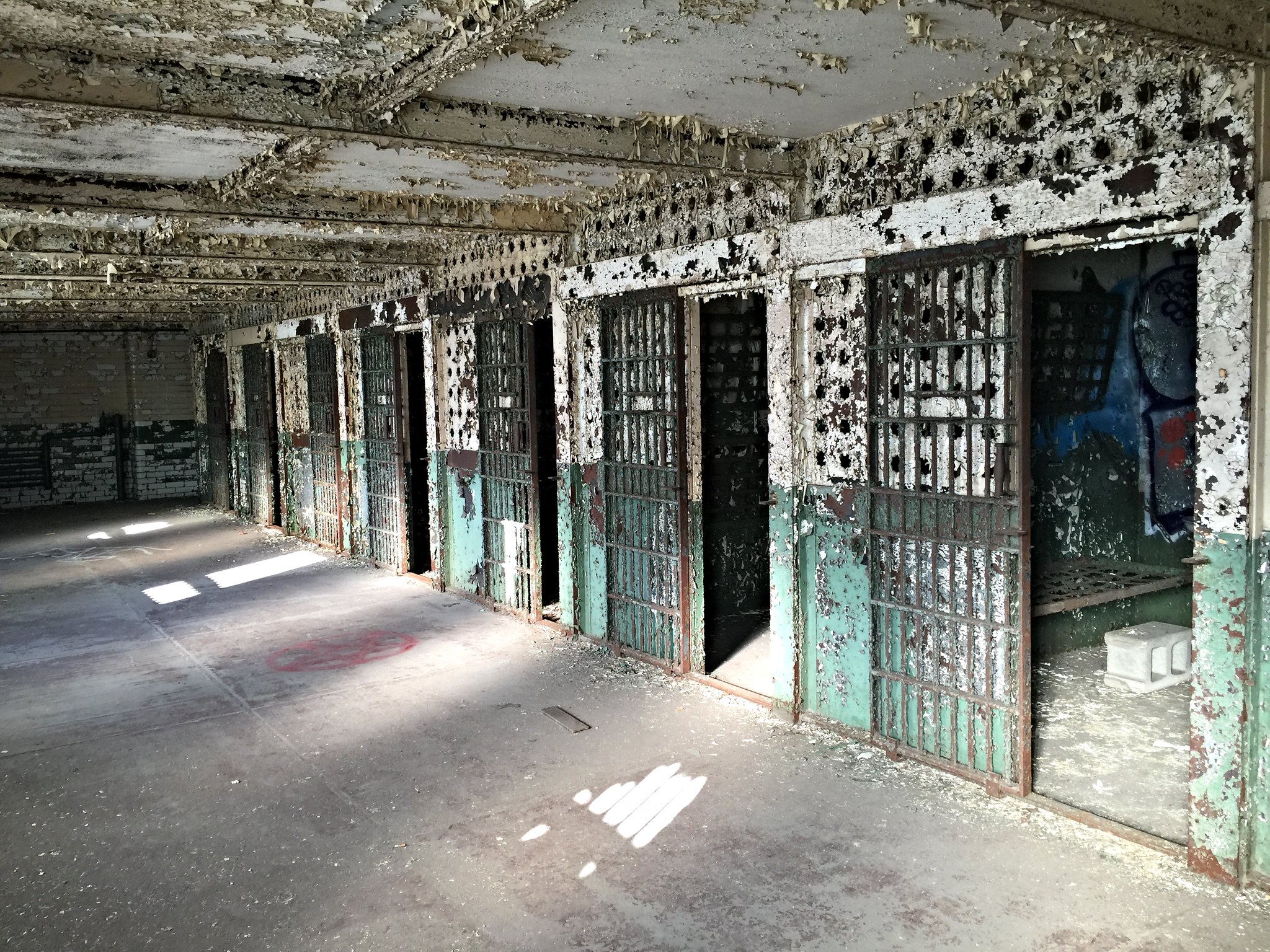 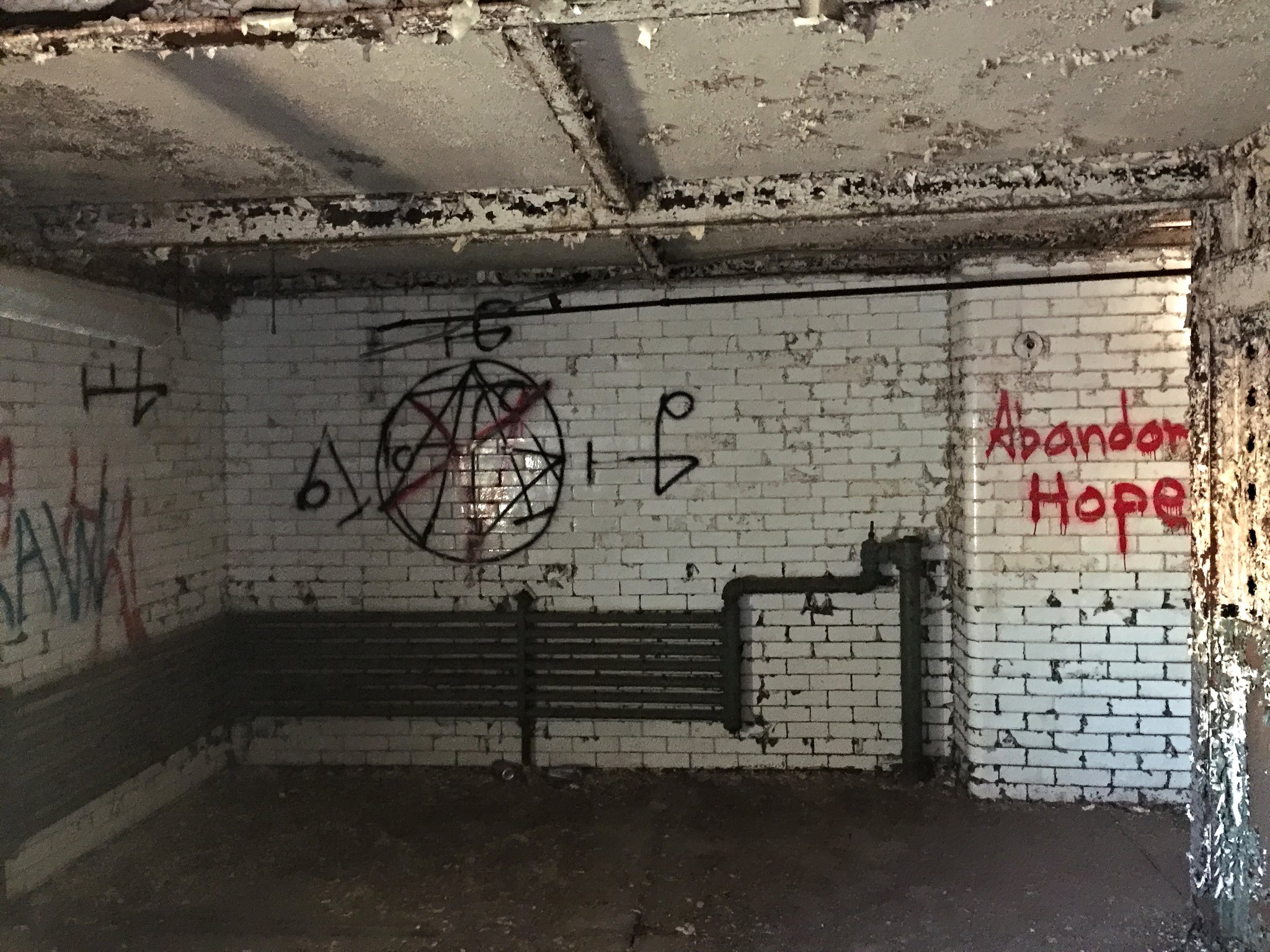 There’s a hatch that takes you up to the top level of the building. Avoid walking across the center of this room to avoid falling through the floor onto the catwalks below. An ancient, shaky wrought iron ladder provides roof access with views of the city. 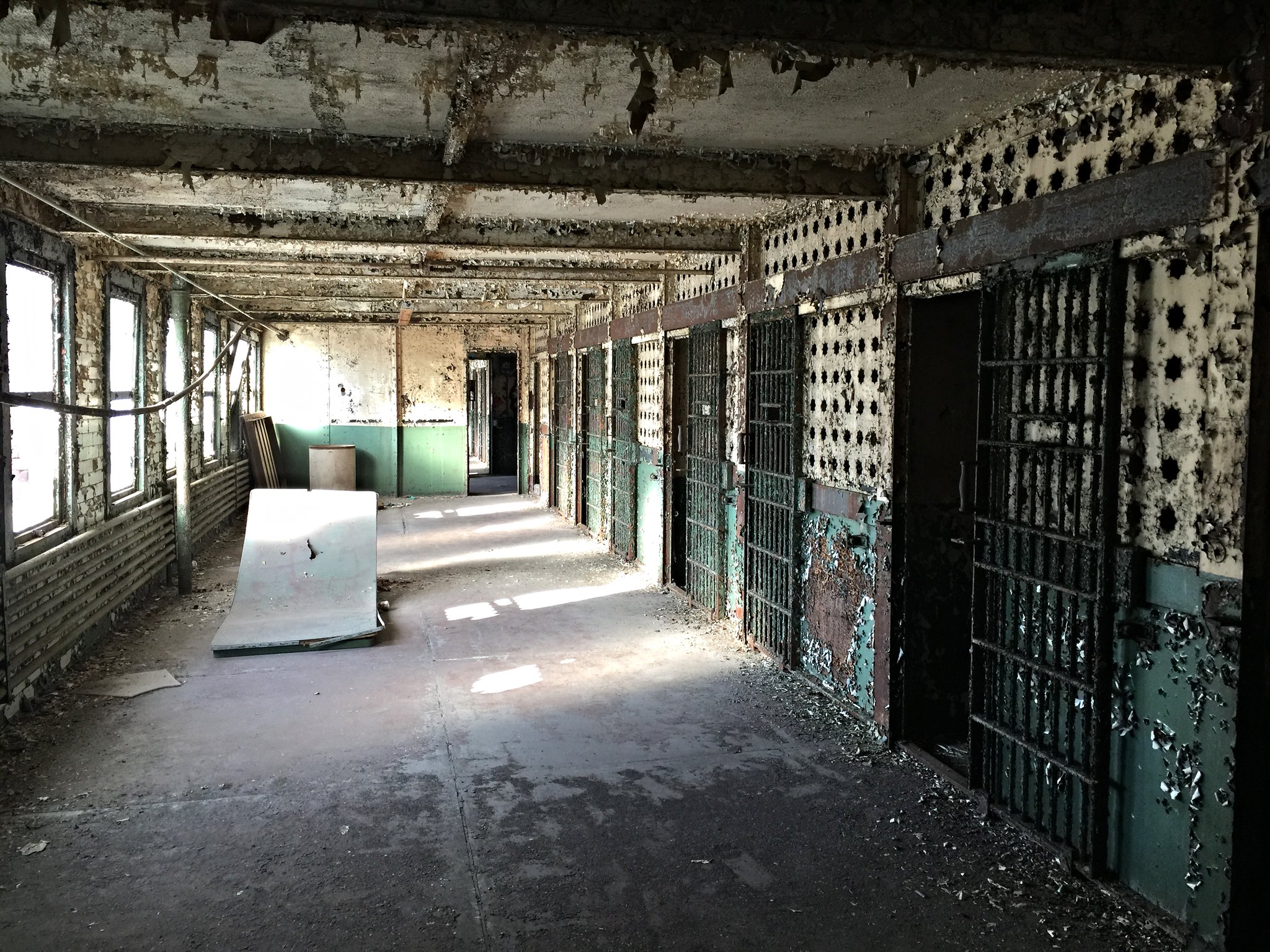 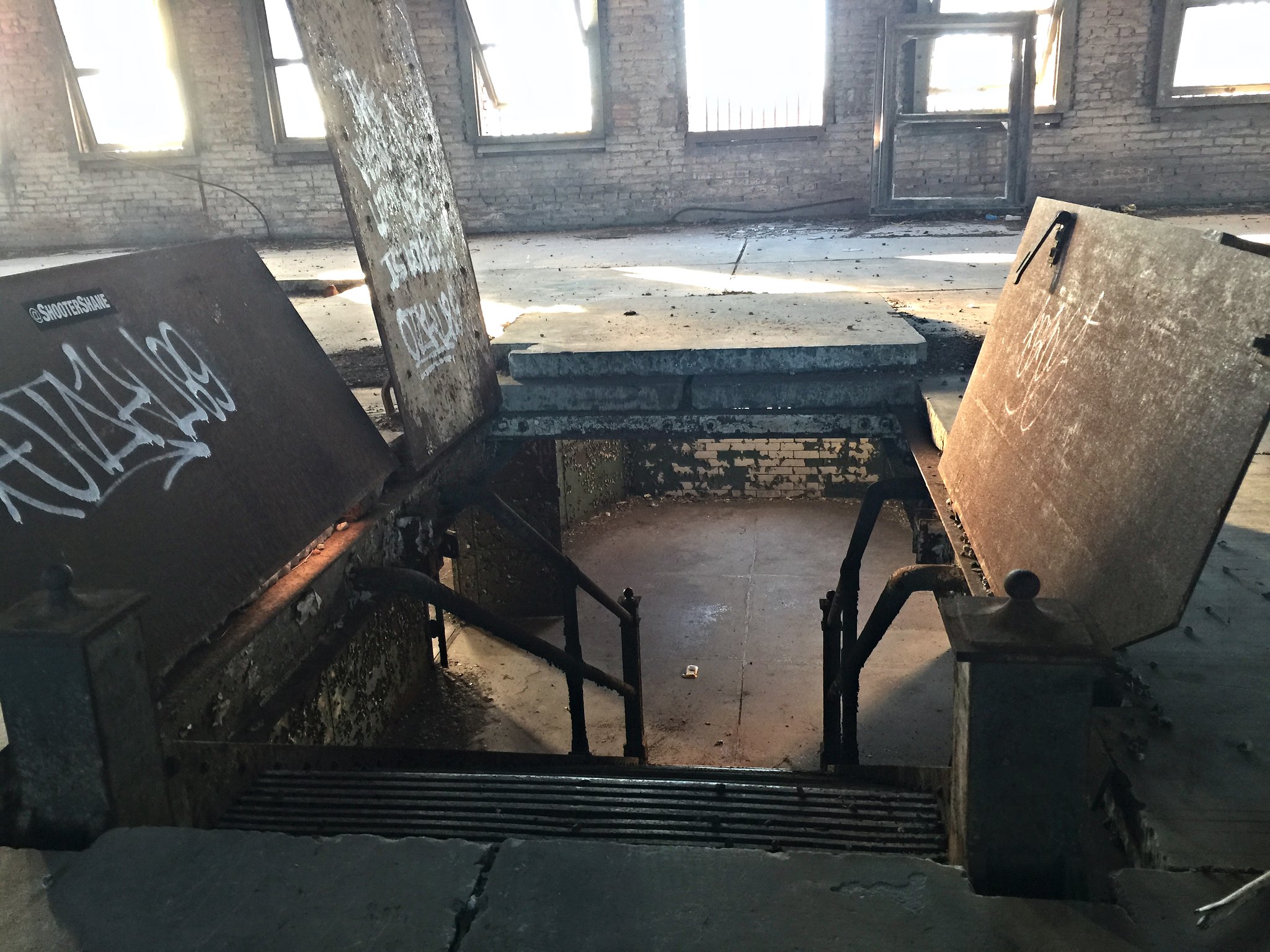 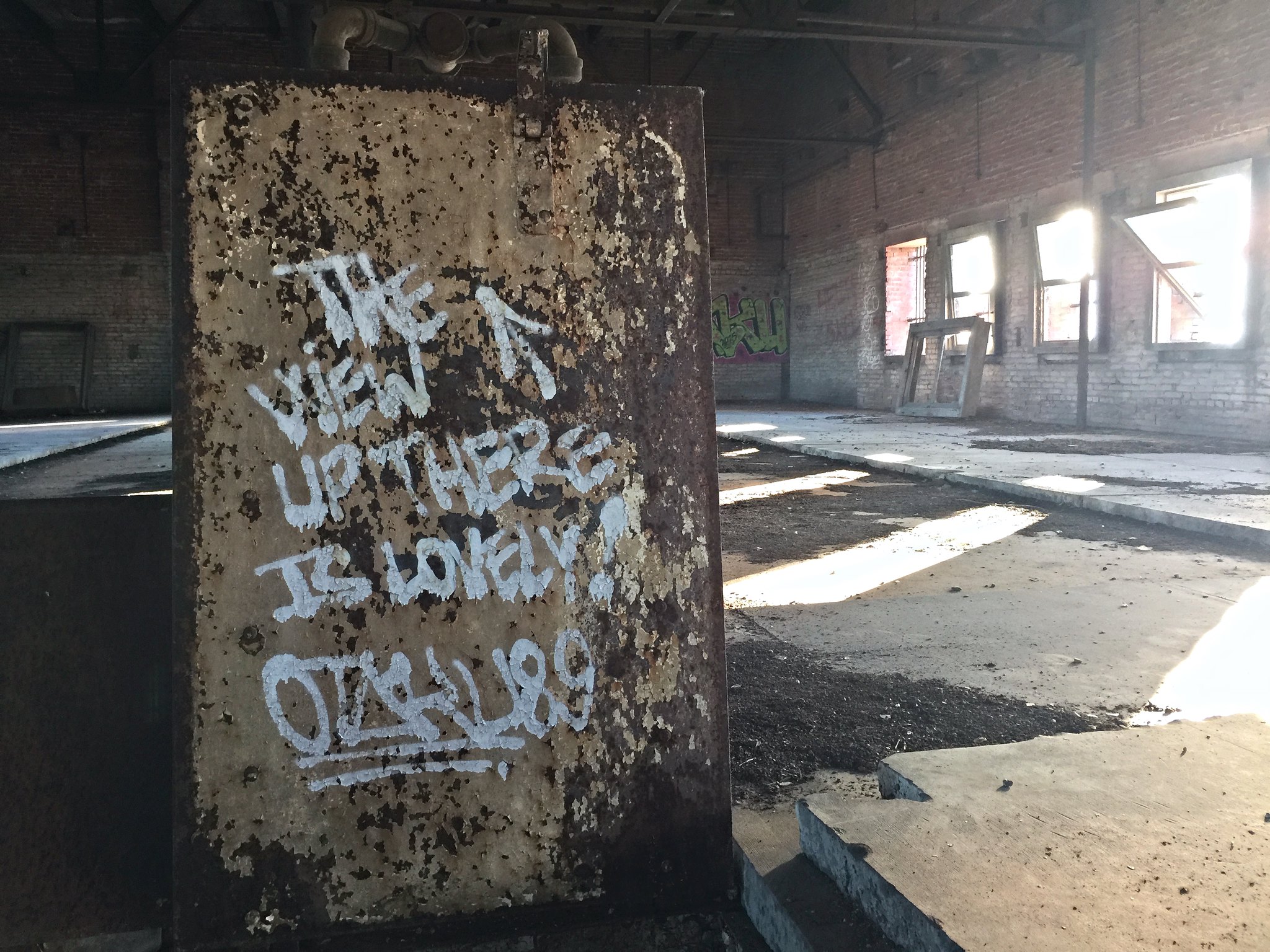 Definitely worth the stop if you’re in the area. Check out the full photo album.